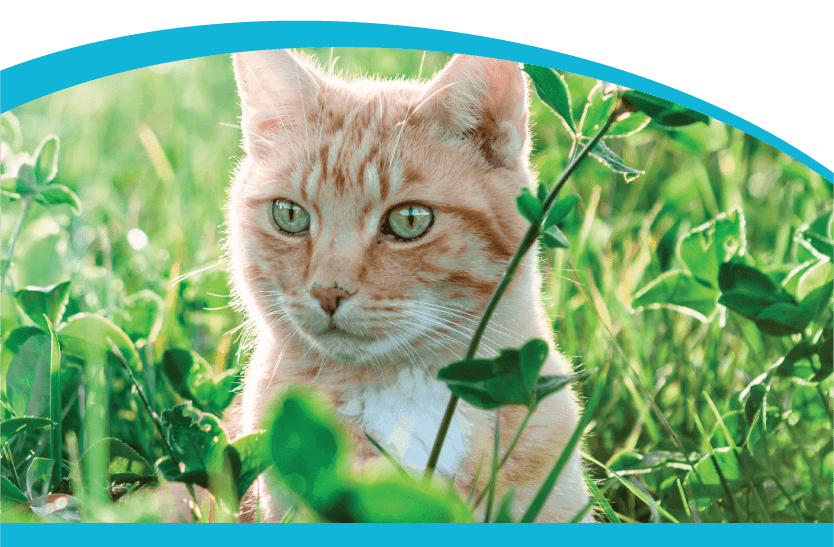 Easter can be a dangerous holiday for cats if we’re not careful. We’ve created a short list of items to keep away from your cat, if not avoid altogether, this season:

Recently, we had a very sweet cat named Dhobi come in with a high fever, lost appetite, and a swelling on the right side of his neck that we assumed was an abscess from a fight with one of other two cats in the household. We sent him home with some antibiotics, which helped a decent amount, but couldn’t stop the wound from opening up again. Finally, we decided to take Dhobi into surgery to see what was really causing the problem—the result? A sewing needle! We removed it and the wound heeled up fine; if the needle had been allowed to continue through his digestive tract, it could have caused perforation of the stomach or intestines or a linear foreign body that caused the intestines to bunch up and be cut through by the taught thread.

Because we would like to avoid more stories like Dhobi’s, or worse, this Easter, please let us know if you have any further questions on these or other household items dangerous to cats. If you see your cat ingest something dangerous or toxic, or they exhibit signs of ingestion, do not hesitate to give us a call at 404-255-8522. We also have a list of emergency pet hospitals in the area should the emergency occur outside of our business hours.

We are still requiring that all pets be picked up at the curb for their appointments.